Showing posts from September, 2016
Show all

Oval Brushes | Worth the Hype? 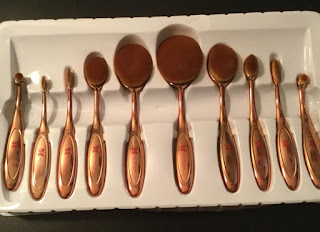 What is the one thing that has really stood out in the beauty industry for the past year? Oval brushes. Whether you are a part of the beauty community or not, you most certainly have heard or seen oval brushes. They seem to have become a vital part in creating makeup tutorials. No matter where I look in social media; when it comes to beauty, oval brushes are at the front-line for makeup brushes. And after buying a set off Amazon and trying them out I realize why they are so popular.
From what I can remember from the start of the oval brush craze, I believe that it all started with Artis coming out with newly and oddly shaped brushes. Or oval shaped makeup brushes. I thought that they were sold on +Sephora  but it seems that that's not the case. However, you can check out Artis on their website right here.
I usually never buy into the hype or what is currently 'popular' in the beauty community because after a while everyone covering the 'it product' their thoughts…
4 comments
Read more 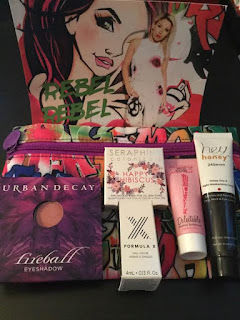 For this month's theme it is Rebel Rebel. At this point I'm going to stop stating the obvious in saying that these themes do not match the items because they never do. And I doubt they ever will.


1-Delectable By Cake Beauty: Everything Balm
This multi-purpose balm does it all from lips to fingertips. This balm can moisturize the skin, repair cuticles, seals split ends, brightens dark circles and more. It absorbs quickly on skin and hair without feeling greasy. The sample I have is worth $5.71. …
Post a Comment
Read more

***Not Cruelty Free 👎***
This silky, lightweight formula is meant to smooth the skin and correct complexion in seconds. This formula contains essential soy which is "proven" to correct and brighten skin tone while also reducing the look of dark spots, pores and wrinkles. It also helps make-up to be applied smoothly and last longer. The SPF in the tone corrector helps the skin looking healthy. It can be worn alone or with makeup. It contains SPF 15 and is for all skin types. This product costs around $20 but I got it for a $1! You can checkout Neutrogena's website here.
Essentially, this is a tone corrector and it can be used as a primer after moisturizer. When I read the description on the box I was praying to God that this would work because as I've previously stated in the past few blog posts I've written; this summer my skin has been freaking out with pimples and in consequence I have dark spots all over my chin area where I previously had pimples. It doesn&…
77 comments
Read more 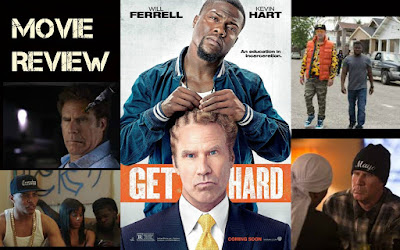 Can I jut start off by saying that Will Ferrell and Kevin Hart together are an amazing duo? Both of these actors are funny and hilarious on their own but together they make a phenomenal team and movie!

Basically, this movie is about Will Ferrell's character getting charged with fraud and has 30 days before he has to go to prison. So, he asks Kevin Harts character to help him get him ready for prison. Funny thing is, Harts character never went to prison.
There were a lot of stereotypes in this movie but in all honesty I don't think that anyone would get offended! The stereotypes were funny and the way the two acted together was amazing. However, what I didn't like was how predictable the ending of the movie was going to be. And I knew from the beginning who framed Will's character.
Other than that the movie was great. I couldn't stop laughing. So, if you love comedies and you love these two actors then this is the movie for you!
So for the rating now I give this…
Post a Comment
Read more 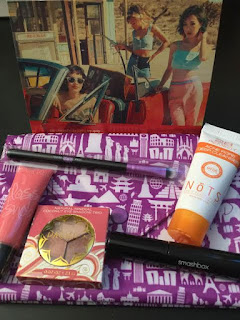 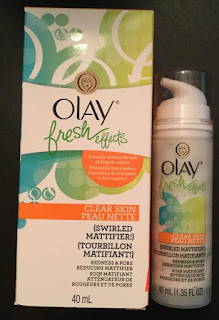 Description of Product:
This cream is meant to instantly reduce the look of blemishes, shine and pores while also neutralizing the appearance of redness with a subtle green tint that absorbs into the skin. This is formulated with 10 complexion benefits which are meant to;

1. Diminish Oil
2. Reduce the look of redness
3. Minimize the look of breakouts
4. Prime skin for make-up
5. Decrease the look of pores
6. Smooth the skin surface
7. Mattifies the skin
8. Brighten the skin
9. Even out skin tone
10. Hydrate the skin

This summer has been hell for my skin but I normally have problems with redness and shine. When applying this cream on the skin, it feels quite refreshing. It feels like it has a tightening feel on my skin just like having a facial. I noticed that it has an orange scent to it. I also ca…
Post a Comment
Read more
More posts