Bill is getting on my last damn nerve. His self-righteous and better than thou attitude towards his own kind is getting tiring. Imagine being a powerful creature but only weeping and reminiscing of the olden days. What a waste immortality is on our poor Mr. Compton.

I do have to say I am not a squeamish but damn vampire remains are fucking disgusting. Let's be honest, you don't really know someone till you are cleaning up the mess of a dead body with them. Morbid sense of humour, eh? I really am happy that Jason is finally getting a grip with the whole Amy situation because he was going down a rabbit hole. It's crazy to me how Amy is able to rationalize everything. It's sad to lose Amy because it is leading Jason down a worse path than when she was alive. I understand he is devastated of losing her but for him to take responsibility for her death is sad.

Terry Bellefleur is a mood and a half! "I can't listen to Politicians. I get seizures." Same Terry! And it's funny that he has to watch his home decor shows. He kind of reminds me of my mom lol. He has to be one of the best supporting characters in the show. He has a calm presence and brings comedic relief without expecting it. Another great addition to the show is Andy! Not all the time but he sure has his moments. "I'm surrounded my fucking idiots and morons!" Umm, same boat Andy!!!

I am so disappointed in Sookie that she doesn't realize what Bill has done for her. He killed a vampire for her and yet she's acting like a drama queen thinking he's not showing up but he has to handle Jessica the human he was forced to turn. I understand you are in love but damn Sookie is clingly as fuck! It is ironic that Jessica is Bill's polar opposite. She sees all that vampire life has to offer while Bill only sees the worst it has to offer. He even leaves her with Eric so he can get back to Sookie as quickly as possible. Sookie macks on Sam but yet flips out on Bill? She truly is an ungrateful individual.

It's tragic to see a mother turn her back on her child. For once Tara needs her mother's help and Lettie Mae is quick to turn her nose up at her. Maryann coming into Tara's life seems a little too good to be true. Granted, you do find those who help others but not quite to the same extent as Maryann.

But the biggest surprise of the entire episode? Drew Marshall is Rene! Ladies and vampires, we have found our murderer!

I am looking forward to seeing how the first season will end. Leave a comment below to let me know what you guys thought of the episode. For the True Blood: Episode Review Guide click here. 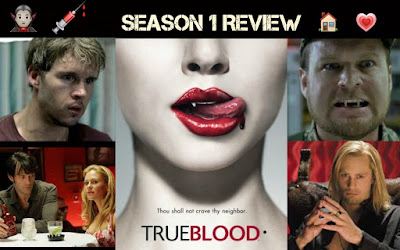 If you would like to watch this episode then you can click on the link down below.
True Blood: To Love Is to Bury 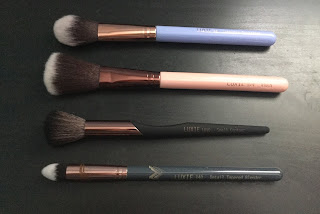